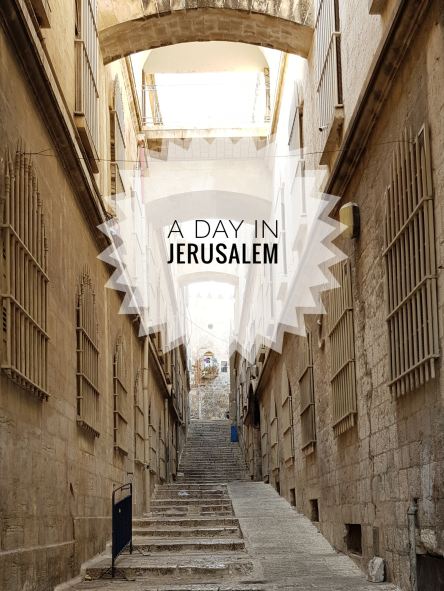 I visited Israel for the first time in 2017 and I had the chance to visit Jerusalem twice. The first one was when when I went on a group tour organized by Tourist Israel. The second was when Igal and I joined the tip-based walking tour organized by New Sandeman.

Holy Sepulchre Church was included in both of those tours. However, we only stayed outside the church on the New Sandeman tour (the one with Igal) where the tour guide talked about its history. On the way home from the tour, I told Igal that I also got to see the inside of the church in my Tourist Israel tour. He then told me that he hasn’t been inside the church ever! So, I told him that next time we’re in Jerusalem, we’re going inside so he can see it.

Fast forward to 2018, I’m in Israel again and Igal scheduled a meet-up in Jerusalem with one of his friends. As agreed before, visiting the inside of the Holy Sepulchre Church was on our day’s to-do list. Once inside the church, Igal and I walked around and I told him the things I remembered from my tour in 2017. We even went to the lower level of the church which wasn’t part of my tour back in 2017.

Since we had a few more hours to kill before our late lunch / early dinner date with friends, we decided to check out other places nearby.

"Iesvs Nazarenvs, Rex Ivdeorvm (INRI)" is a latin term which translates to "Jesus of Nazareth, King of the Jews." In latin, letters "I" and "J" are interchangeable, as well as "V" and "U". If we change the letters, the latin term will be "Jesus Nazarenus, Rex Judeorum". As per Gospel of John 19:19-20, the inscription was written in three languages – Greek, Hebrew, and Latin. Sometimes, the inscription on the cross can be written as INBI which stands for the Greek version "Iésous o Nazóraios o Basileus tón Ioudaión". • • Church of All Nations (Basilica of the Agony), Jerusalem, Israel • Sep 2018

Inside the Basilica of Agony. So lucky to find it uncrowded 🤩 • • Jerusalem, Israel • Aug 2018

The church is located right beside the Garden of Gethsemane. It's called "Church of All Nations" due to the fact that various countries contributed for its construction. The ceiling design inside shows the national symbols of 12 donors – Argentina, Belgium, Brazil, Canada, Chile, England, France, Germany, Italy, Mexico, Spain, and USA. Australia gave the wreath around the Rock of Agony, while some mosaics were donated by Hungary, Ireland, and Poland. • • This church is a short walk away from the Lion's Gate of the old Jerusalem city. We went on an early Friday afternoon and there wasn't any crowd. Igal and I were the only people inside the church. In the garden, there was just one other person (not counting the gardener who's always there with the olive trees). • • Jerusalem, Israel • 31 Aug 2018

At the place where Jesus went to pray with his disciples the night before his crucifixion. Old olive trees are in this garden, some said to be at least 1000 years old. Beside the garden is the Church of all Nations (also called Basilica of the Agony), which is built over the rock believed to be where Jesus prayed in agony before the betrayal of Judas. • • Garden of Gethsemane, Jerusalem, Israel • 31 Aug 2018

Dominus Flevit Church – a small Roman Catholic church located on Mount of Olives. The latin name translates to "the Lord wept." The church's teardrop shape symbolizes the tear of Jesus as he predicted Jerusalem's future destruction while he was riding towards the city on the first Palm Sunday (Luke 19:37-44). In AD 70, Jesus' prophesy came true. Jerusalem was besieged and levelled by Roman Legions. • • Dominus Flevit Church can be accessed by foot from the old city by exiting through the Lion's Gate then taking the uphill road from Gethsemane. The uphill walk can be a good exercise, and you have the option to push it further up to the top of the Mount of Olives after your visit here. • • Dominus Flevit Church, Jerusalem, Israel • 31 Aug 2018

This simple Roman Catholic church can be found at the beginning of Via Dolorosa. It marks the birthplace of the Virgin Mary. Right next to the church is an excavation area of the Pool of Bethesda, where Jesus miraculously healed a sick man. • • We paid it a visit on our way back to Jaffa gate from Gethsemane, entering the old city through the Lion's gate. • • Church of Saint Anne, Jerusalem, Israel • 31 Aug 2018

If you ever decide to also do this route on a sunny day, don’t forget to bring water to keep you hydrated. A comfortable pair of footwear is advisable since there will be uphill and downhill walking, which is steep at some points.

Below is a map of the places we visited during this recent visit in Jerusalem. The Lion’s Gate is the one very close to St. Anne’s Church. 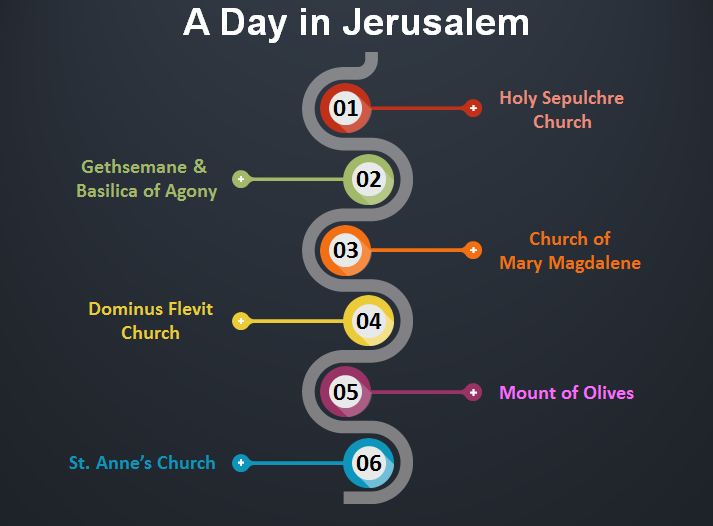 Below are schedules of operation of the places mentioned in this post. Be in Jerusalem either on a Tuesday or Thursday if you’re adamant about visiting the Mary Magdalene Church. I hope this post helps you in planning your visit to Jerusalem. 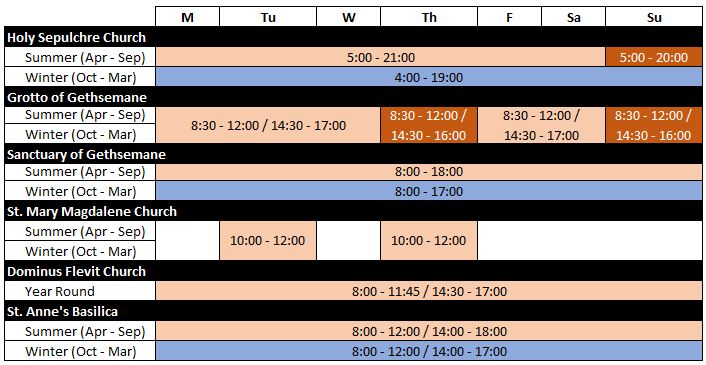 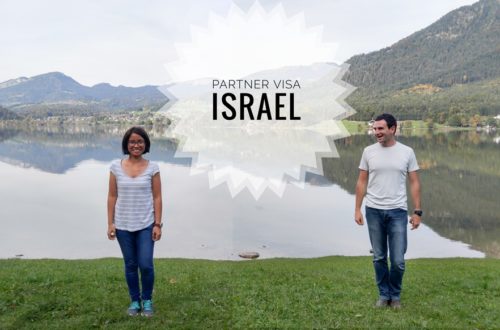 Partner Visa Application for a Foreign Partner of an Israeli 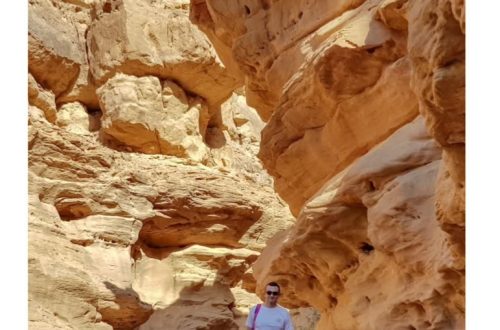 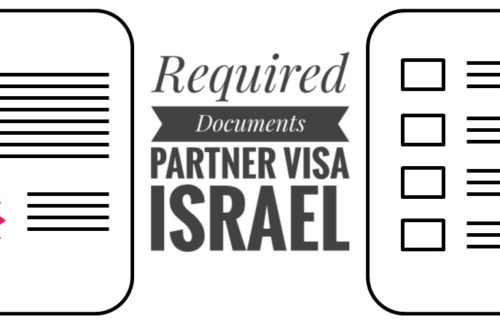