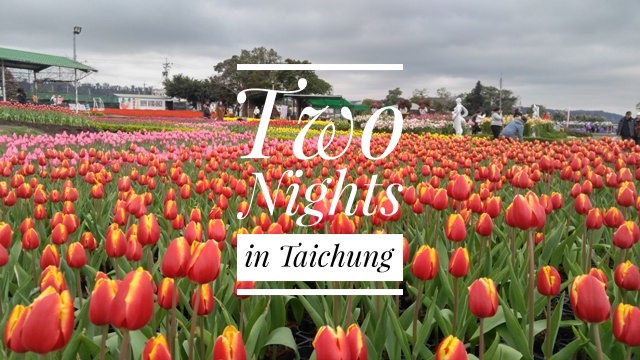 After spending time in Taroko National Park and Taipei, our next destination was Taichung. We took the high-speed train to Taichung coming from Taipei.

THSR offers early bird rate with discount of up to 35% for bookings made 5 to 28 days ahead. Discounted rate offered is of limited quantity and is subject to seat availability and time slot. The earlier you book, the higher the chance to get a discount. Bookings are done in their website.

We booked 27 days ahead and got the tickets at 20% discount (NT$ 560 instead of NT$ 700). I noticed during booking that trains scheduled to leave at 22:00 or later were at 35% discount. The schedule we selected was early in the morning – 08:21. High-speed train travel time from Taipei to Taichung takes 62 minutes. THSR Taichung Station is connected to TRA Xinwuri Station by a walkway.

From TRA Xinwuri Station, we boarded a train going to TRA Taichung Railway Station. The stations have escalators which is perfect for travelers with luggage bags. A little bit of walking from Taichung Railway Station and you’ll be at Chance Hotel which is located along Jianguo Road. Check-in time is from 15:00 while check-out time is until 12:00. Since we arrived in the morning, we just left our luggage bags with them and started exploring.

Breakfast is served from 6:30 to 9:30, buffet style. They had great selection, but they could do better at keeping the food warm. We were there during winter so food at the buffet table easily turned cold. However, our previous hostel in Taipei managed to keep their buffet food warm so that means it can be done.

The room was okay. Bed was comfortable, we had enough space for three people, toilet/bathroom was clean, hot & cold shower worked. The room has good soundproofing and the hotel has a water dispenser available at a certain floor (I forgot which one) for guests who’d like to refill their bottles. The room we got has a view of the train station. Our booking was made using booking.com (if you’re not yet registered, you can use my referral link to join).

First on the day’s agenda was the Zhong She Guanguang Flower Market. From the hotel, we had to take TRA train from Taichung Railway station to Tai’an station. From Tai’an Station, we walked back on Fu’an Road, turned right on Anmei Road, turned right on Highway 13 and continued walking until we reached the market. The walking took about 20 to 30 minutes. TRA accepts EasyCard. I was charged NT$ 31 for the trip.

If you prefer taking a taxi over walking, the suggestion is to alight the train at Houli Station. I suppose that it’s more likely to see taxis there. We didn’t see any taxi at Tai’an Station.

We paid NT$ 150 each to access the flower fields since we visited the market during tulip season. Per their website, dining at their BBQ buffet restaurant will give you free access to the Flower Fields Zone. BBQ buffet is NT$ 320 per person from October to May, and NT$ 280 from June to September. There is an additional charge of NT$ 50 for cooking utensils if your group is composed of less than four guests. You have 150 minutes to consume anything that the restaurant offers. To know more about their BBQ buffet, visit this link.

We spent more than an hour in the flower fields, admiring all the flowers that they have. It’s not a huge area but you’ll be going around every inch of the place since all the flowers look so beautiful.

Sharing with you various shades of tulips this Valentine's day. Sending love to everyone 💕😍 · · Zhong She Guanguang Flower Market, Taichung, Taiwan · Feb 2018

"A woman is like a tea bag – you can't tell how strong she is until you put her in hot water." ~Eleanor Roosevelt · · Cheers to all the women I know 🍵 · · Zhong She Guanguang Flower Market, Taichung, Taiwan · Feb 2018

My friends and I enjoyed our visit to this place. It was so fun looking at all the flowers. We visited on a February which is tulip season. It was hard to take photos though because of the cold weather which made our hands feel numb 😂 When in Taichung, you can easily visit by taking the TRA train to Tai'an station then walking for about 20 minutes. Entrance fee for tulip season (Jan-Mar) is NTD 150. · · Zhong She Guanguang Flower Market, Taichung, Taiwan · Feb 2018

The distance between us 😂 Taking a walk back to Tai'an train station with my friends after visiting the Zhong She Guanguang flower farm 👣🌎 · · Taichung, Taiwan · Feb 2018

We walked back to Tai’an station from the flower market. Our second agenda for the day was the Rainbow Village. We took the TRA train from Tai’an station to Xinwuri station. I used my EasyCard which was charged NT$ 41 for the trip.

From Xinwuri station, take the first exit on the left (leading to Gaotie East Road). This is the first exit on the left that you will see after passing through the ticket gates of Xinwuri station. Walking straight ahead from the exit doors, you’ll then see a bus stop where you can wait for Bus 56. You can take this bus going to Rainbow Village. There are other options if you search for directions using Google Maps. Other options that showed-up in my search are Buses 26, 70, 99, and 617 which have stops near the THSR Taichung station, which is connected to TRA Xinwuri station via walkway.

Buses in Taichung accepts EasyCard. Just tap-in and tap-out and the system will take care of computing the fare. We used our EasyCards on Bus 56 but we weren’t charged anything at all since we traveled for less than 10 km. Bus rides in Taichung are free for city bus lines #1 to #999 if the distance you covered is 10 kilometers or less.

Rainbow Village is a small, vibrant area. It was created (painted) by just one man. It won’t take long to see the entirety of the village. It is crowded but if you are patient, you can still get some shots without photobombers 😊

Feng Chia Night Market can be reached by bus from Rainbow Village. I used Google Maps to check the bus that we can take. Google Maps suggested Bus 358. Options change depending on the time of your travel. There was a bit of walking involved from the village to the bus stop but it was completely manageable. Distance of our bus ride did not exceed 10 km so it still didn’t cost us anything.

Feng Chia Night Market is big! There are food, clothes, accessories, and other knickknacks all around. We enjoyed our visit here and it was a very filling night 😊 From the night market, we took Bus 45 going back to Chance Hotel. It still didn’t cost us anything.

Here’s the tally of our transportation and admission expenses for day 1:

Train travel from Taichung Railway to Tai’an takes 32 minutes, while Tai’an to Xinwuri takes 36 minutes. During our visit, train departs every 60 minutes for both trips. Given the length of interval, it’s best to plan the schedule of your visit so there won’t be wasted time. It’s a bummer if you miss the train. You can check TRA train schedule for your visit through this link.

For our second day, we went outside of Taichung and headed to Sun Moon Lake in Nantou County for a day trip. We used the service of Nan Tao Bus to get there. We availed their Sun Moon Lake Pass (NT$ 730), which includes the following:

You can go to this link to see the various Sun Moon Lake packages offered by Nan Tao Bus. We bought the pass at their shop by the Gancheng Bus Station, which is a few minutes of walk from our hotel. Passes are sold only on the day of travel. We tried buying it a day earlier and we were told by the girl manning the shop that it’s not allowed.

The weather wasn’t friendly when we arrived at Sun Moon Lake. It was rainy and foggy. We went to the Shuishe Visitor Center and we’re told that boat trips are on-hold, as of that moment, due to the weather. The fog was so thick that visibility in the lake was poor. The guy did exchange the stubs from our passes to boat vouchers and told us to check on the boats again later. Trips will resume once it’s considered safe to travel.

We decided to take the ropeway first, which was an okay experience but could be more wonderful if the fog was not blocking the view. There’s nothing much to do at the top unless you pay for admission to the Formosan Aboriginal Cultural Village. We didn’t have much interest in getting inside the village, so we just had some hot coffee and then took the cable car ride going down.

After the ropeway, we took a bus going to Ita Thao where we walked around the stores. We then checked on the boat counters and learned that trips had resumed. So, we ran towards a boat that’s leaving soon which was headed to Shuishe Pier. We walked around Shuishe, hoping to find some food to eat but we didn’t see much options. We went back to the pier and boarded a boat going to Xuanguang Pier. The fog was so dense again that when we reached Xuanguang, they only picked passengers up, didn’t let anyone down and then headed straight to Ita Thao where everyone was unloaded. Since boat trips were suspended, we decided to just find something to eat in Ita Thao. We ended up having noodles and beer. The hot soup was perfect for the cold weather! After the noodles and beer, we decided to call it a day. We waited for a bus going to Shuishe then rode the Nan Tao bus going back to Taichung.  When we got back in Taichung, we made a quick stop at Miyahara Store before getting back to our hotel which is just a few minutes of walk away.

We woke up early on the third day to catch our 9:17 THSR train going to Zuoying/Kaohsiung (and the TRA train that will take us to the THSR station). It’s a good thing that the hotel serves breakfast as early as 6:30. We were able to fill ourselves up with food before check-out.

It was time to bid goodbye to Taichung. We enjoyed our visit to all the places we were able to reach while staying in this part of Taiwan. I did wish that we had better weather during our time in Sun Moon Lake. Anyway, it was a good thing we went as a group. We just enjoyed each other’s company despite the lack of view during the cable car and boat rides.

I forgot to mention that we experienced earthquake while we were in Taichung. It was evening of February 4 and we felt that the room was shaking. When it stopped, we joked that it’s because we were near the train station. Then the room started shaking again, stronger than the first one, and we nervously admitted to each other that it’s most likely an earthquake. After googling about it, we learned that there was a strong earthquake in Hualien. It’s probably what we felt in Taichung.

My Experience with Booking a Train between Taipei and Hualien

Staying Connected While in Taiwan 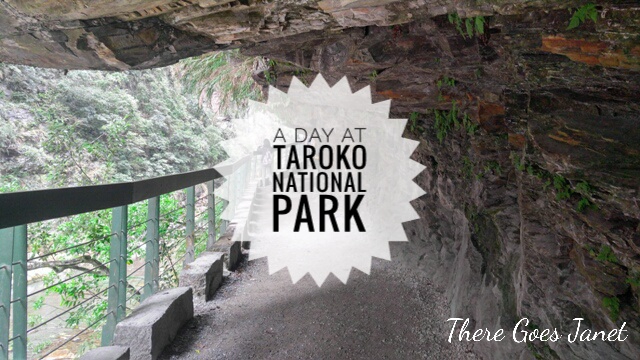 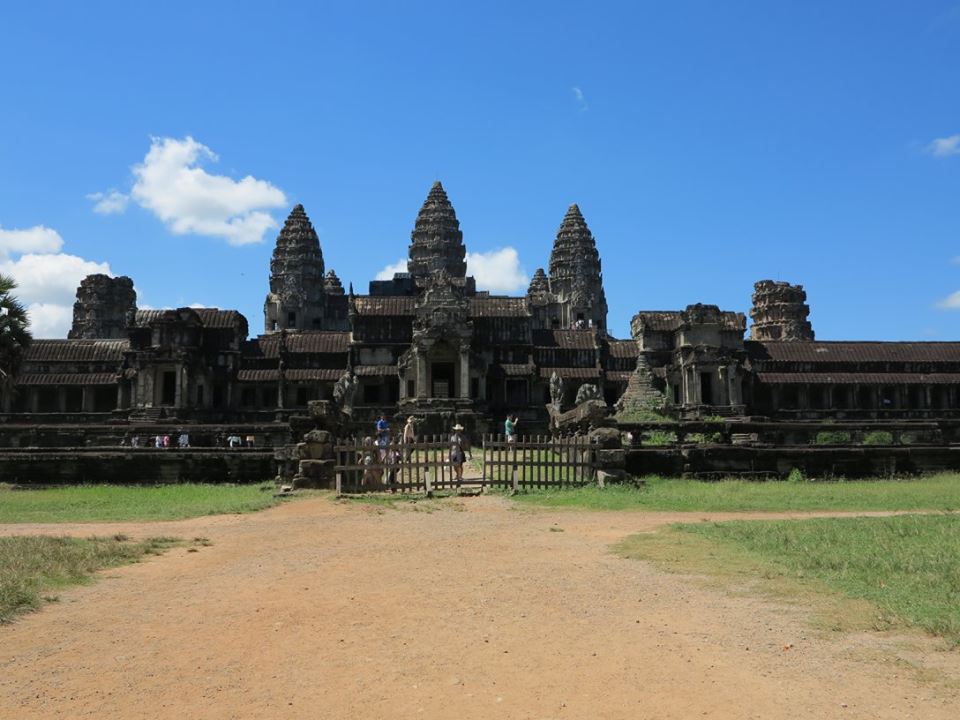 Less than a Day Stop in Hong Kong